Commuter Services depart each weekday morning and evening and operate between 07:20 – 09:50am and 5pm - 6:50pm. A cross-river sailing will also depart Pier Head at 4pm and Woodside at 4:30pm Monday- Friday. This additional service is to help passengers cross the river during the current restrictions.

All services will sail from Pier Head and Woodside terminals from Monday 4 January, whilst Seacombe is closed for major refurbishment work.

Face coverings must be worn at all times on the ferry and in the terminals. Find more information and prices on our Current Service Information page.

It’s the end of an era as Spaceport has now closed to make way for a new and exciting chapter with Eureka! Mersey.
Spaceport, which was based at Mersey Ferries Seacombe terminal, welcomed hundreds of thousands of visitors since it opened in 2005.
Alongside its permanent galleries on the theme of space exploration, and interactive exhibits including a planetarium and rocket simulator, Spaceport also hosted popular exhibitions on Star Wars, Doctor Who and Wallace and Gromit.
But now the iconic terminal building which housed Spaceport has a bright new future awaiting it as the home of Eureka! Mersey – an exciting new science and discovery centre for young people and families.
Eureka! Mersey is due to open in 2022, and we can't wait to show you behind the scenes photos and updates from the build.
For more information about the new science and discovery centre visit eurekamersey.org.uk 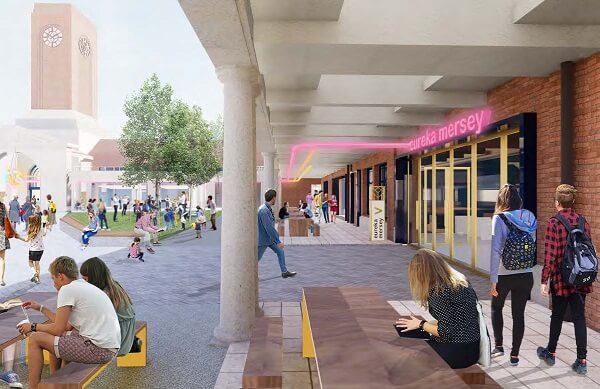