Face coverings must be worn at all times on the ferry and in the terminals. Remember to keep a safe distance from other passengers. Find more information and prices on our Current Service Information page.

One of our most colourful attractions is our stunning Dazzle Ferry, created by Sir Peter Blake, as part of the First World War commemorations. Sir Peter Blake is most famous for The Beatles Sgt Pepper album cover.

The Dazzle Ferry (Snowdrop) is currently out of service until early January 2022. The Royal Iris of the Mersey is currently operating Commuter and River Explorer Cruise services. Please note we reserve the right to change the vessel in service, due to operational reasons.

The eye-catching dazzle design is in honour of the patterns that were first used on vessels in World War One. They worked by ‘baffling the eye’ and making the ships difficult to target. Each ship’s pattern used unique colour and monochrome designs – to avoid making classes of vessels recognisable to enemy U-boats and aircraft.

The Dazzle Ferry, called ‘Everybody Razzle Dazzle’, is the only operating dazzle ship in the UK and the design has been commissioned by Liverpool Biennial, 14–18 NOW the First World War Centenary Art Commissions, and Tate Liverpool in partnership with Merseytravel and National Museums Liverpool. Supported by Arts Council England, National Lottery through the Heritage Lottery Fund and Department for Culture Media and Sport. 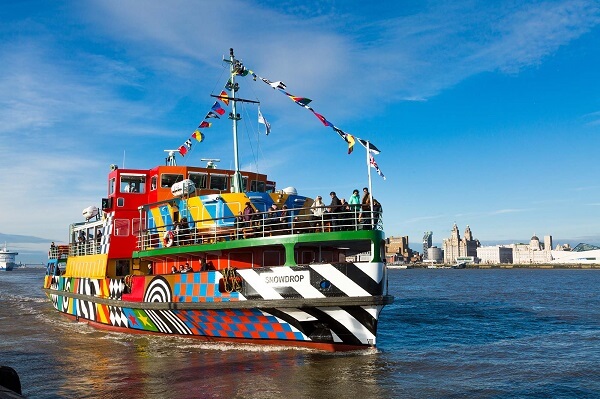 Colour your own Dazzle Ferry with our new colouring sheet 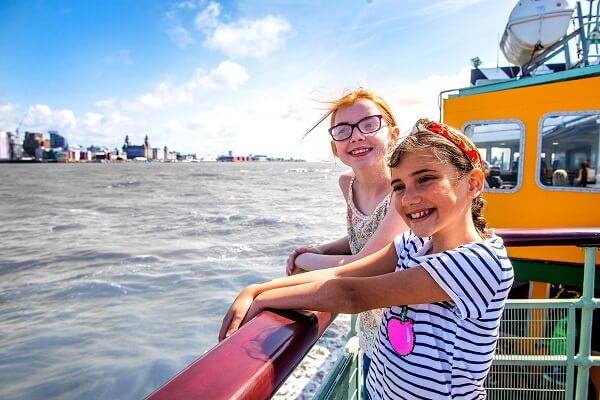 Learn more about the Dazzle with educational activities produced by Liverpool Biennial. 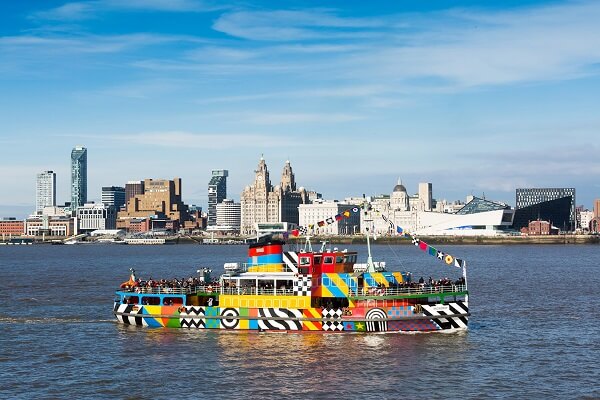 Create your own 3D version of the Dazzle Ferry, just print off the sheet and get folding!

See the Mersey Ferry in all her dazzling glory!