Cross-river services will recommence from Monday 12 April, and will sail from 10am-4pm Monday to Friday and 10am-5pm Saturday and Sunday.

All services will sail from Pier Head and Woodside terminals, whilst Seacombe is closed for major refurbishment work.

Face coverings must be worn at all times on the ferry and in the terminals. Find more information and prices on our Current Service Information page.

Please note U-boat Story is currently closed. Woodside Ferry Terminal will reopen on Monday 4 January. We will advise on the reopening of U-boat Story in 202 in light of current Covid-19 restrictions and government advice.

Visit U-boat Story at Woodside ferry terminal and see inside U-534, one of only four U-boats left in the world. Entry to U-boat Story is free with all River Explorer Cruise tickets.

Through the exhibition's interactive and audio-visual exhibits you will gain a unique insight into life on board the submarine during wartime, and learn more about the history of U-534 through the well preserved artefacts, original film archive and interactive displays. You will also see a real German Enigma machine, look through a periscope and experience what it would be like to stand on the bridge of the historic vessel on the replica Conning Tower.

The U-boat is split into four sections with glass viewing partitions to allow you to see inside the Control Room, Engine Room, Electric Room, Crew Quarters and Forward Torpedo Room.

Delve deeper into the enduring legend of U-534, and see if you can solve the mystery of why U-534’s Captain refused to surrender on 5 May 1945? Was the U-boat on a secret mission, carrying Nazi Gold or had the Captain gone rogue?

U-534 was the last U-boat to leave Germany before World War II ended and was heading towards Norway when it was attacked by a Liberator aircraft from RAF 547 Squadron. U-534 took heavy damage and began to sink by the stern. Amazingly forty-nine of the fifty-two crew members survived, including five who escaped via a torpedo hatch. The stricken vessel then lay forgotten on the sea bed for over 40 years.

In August 1993 the wreckage was raised from the seabed in the hope of finding hidden treasure on board. However, hopes were dashed when no treasure was found, so the mystery of why U-534 refused to surrender remains to this day.

Entrance to U-boat Story is free with all River Explorer Cruise tickets. We recommend about one hour to fully experience the attraction, including the museum within the ferry terminal. The attraction is fully accessible apart from the Conning Tower, which can only be accessed by stairs. Food and drink is available from Woodside Ferry Village located in the terminal. 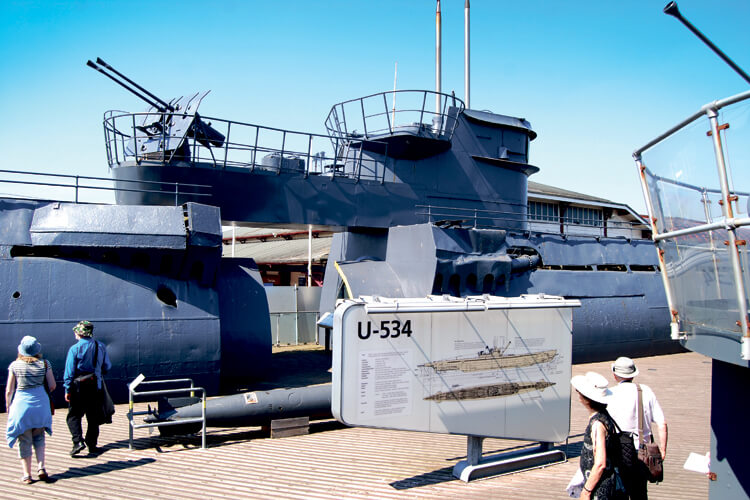 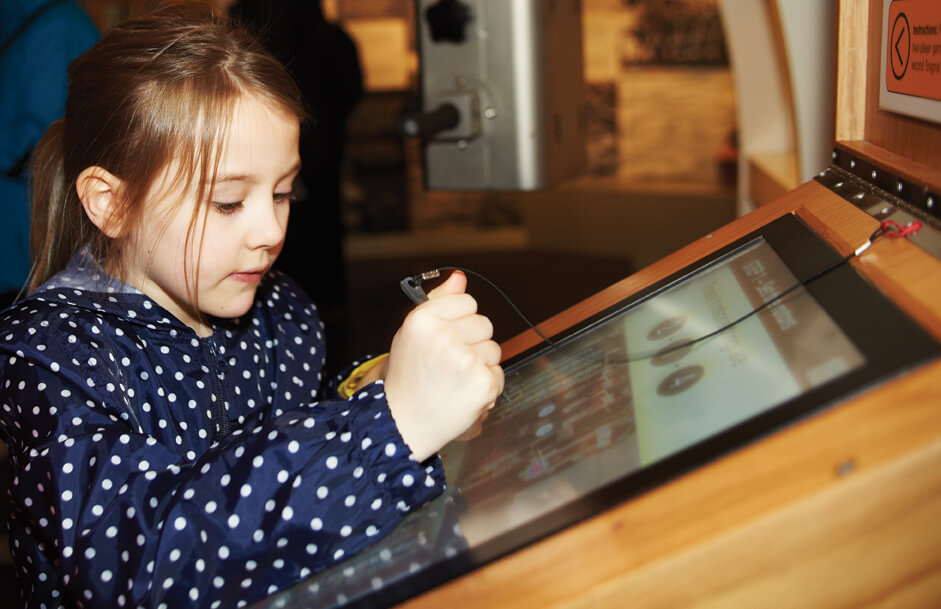 Find out more about the history of U-534 and what life was like on board for the crew with our education pack.

Want a little more to go with your River Explorer Cruise experience?