Liverpool’s most colourful ferry is celebrating her fifth birthday this year, and we can’t believe how fast the years have flown. The UK’s only moving dazzle vessel was launched in April 2015 to commemorate the First World War Centenary, and was created by artist and designer Sir Peter Blake.

Sir Peter’s design entitled ‘Everybody Razzle Dazzle’ was based on his signature pop art style, and was inspired by the work of artists Norman Wilkinson and Edward Wadsworth who led the programme of dazzle painting British naval vessels during the First World War.

#DidYouKnow Dazzling vessels was an innovative idea that was designed to baffle and confuse the enemy, making it difficult for them to target ships as they couldn’t estimate their range, speed and direction.

Over 4,000 merchant navy ships and 400 naval ships were painted with the contrasting curves and stripes of bright colours, and a lot of the painting took place in Liverpool in 1917 and 1918. 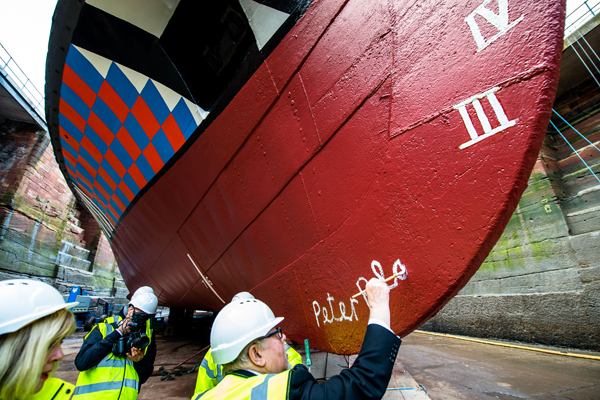 Share your favourite Dazzle Ferry memories with us on social media @merseyferries and don’t forget to wish her a ferry big Happy Birthday next time you see her!