Face coverings must be worn at all times on the ferry and in the terminals. Remember to keep a safe distance from other passengers. Find more information and prices on our Current Service Information page.

A Life Lived by the River

One of our passengers recently sent in a poem, which was inspired by their family history and their connection to the River Mersey. We wanted to share it with you and take a moment to celebrate how important the ferry, the river and our maritime history is- and will always be.

The poet, Tom Macklin, was born in Candia Street just off Scotland Road and comes from a proud maritime family.

His Grandfather, Captain John Alexander Macklin, and Father, Chief Engineer John Alexander Macklin, both worked for the Rea Towing Company. Tom spent many of his early years on board the tugboats experiencing life on the river with his Father. He would often sleep overnight in the small cabins to be awoken by the smell of Italian tinned tomatoes frying in a pan and some the best breakfasts he has ever had in his life. 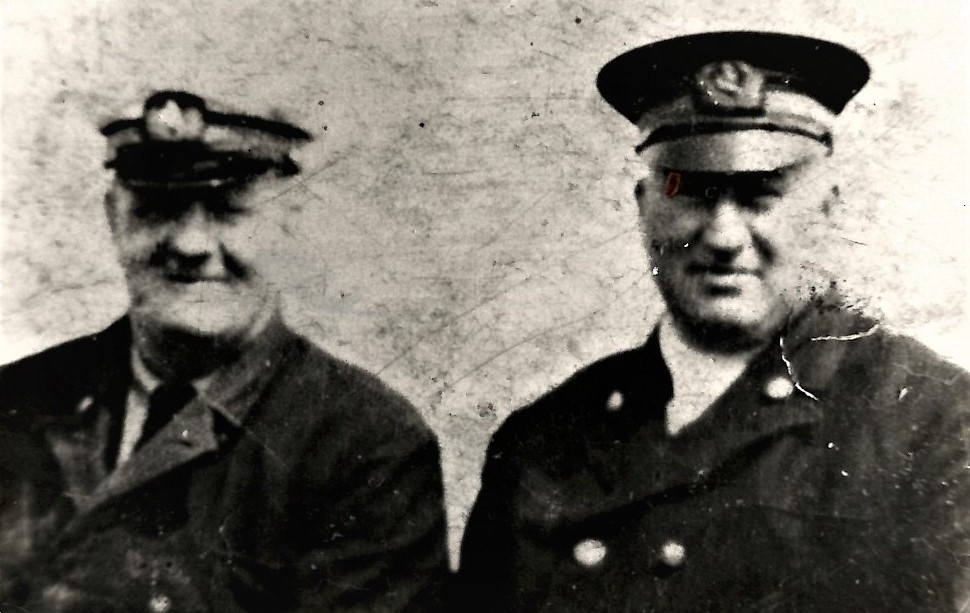 Tom’s Grandfather Captain John Alexander Macklin (on the left in the photograph). 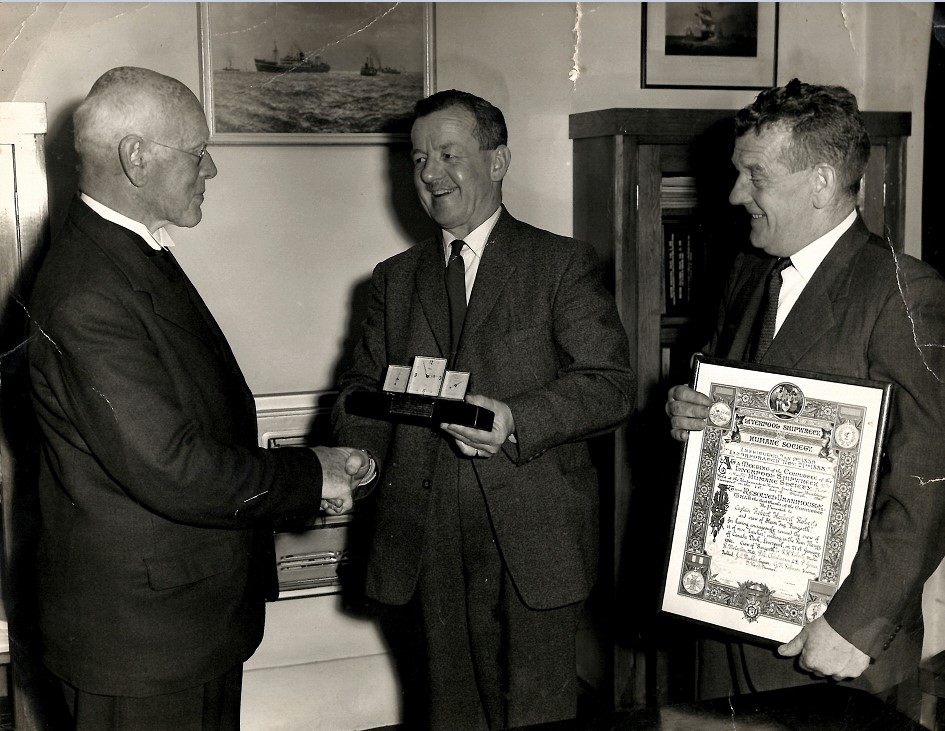 Tom’s Father- John Alexander Macklin (holding the certificate) alongside Bert Roberts the Master of the tug MV Bangarth; receiving a commendation for the rescue of the crew (and cat) from the MV Lurcher.

Tom’s family history and his memories of the tugboats and their crew members flow through the poem. He also has many vivid memories of the ferry from his early life and remembers crossing the river to New Brighton with lots of excited day-trippers, hoping to enjoy some sunshine and a bag of chips on the beach.

Tom’s experience of a difficult crossing from the Wirral one night also features in the poem as Tom talks about the Captain navigating the ferry through thick fog, with the sound of the bell and foghorn ringing through the darkness.

Tom has experienced the highs and lows of life on the river from dancing the night away on the Royal Iris in the 60s, to hearing tales of the heroic rescue mission his Father took part in to rescue the crew of the MV Lurcher in 1961 which was sinking in the River Mersey. Tom’s Father even went back on board to rescue the ship’s cat.

The moment of inspiration for Tom’s poem came as he was watching the river one lunchtime whilst he was working at the Royal Liver Building.

Tom told us that he tried to live his life’s history through the words of the poem and wanted to celebrate his memories of a life lived by the river.

Where are all the captains of old?
The sailing ships so tall and so bold?
The men at the docks who worked in the cold?
The times past you see, they’ve all gone.

For men and machines who toiled with splendour so vast
The timbers creaking against the large mast
With ropes swinging about in the breeze
and the coughs of the men caught with a wheeze.

With the tugs spreading forth their power and skill
The large ships waiting to pass forth their will
With the smoke and the steam gave all a thrill
But they’ve gone now you see, gone forever.

The peal of a bell from the old landing stage
helps the ferry seek mooring in the nights foggy haze
and the sound of a foghorn is heard in the night
to help a Captain in his hour of plight.

The buildings are there yes that’s plain to see
But the sounds of the past sailed with thee
Never to return not for you and me
Oh, the Mersey what tales to be told.

So, do we look to the future do we stay in the past?
Do we ask each other where were we last?
Do we smile and say yes, we remember the past?
For the Mersey will flow on forever.

We hope you enjoyed Tom’s evocative poem about the River Mersey- if you have any Mersey Ferry memories, old photos of you and your family on the ferry or tales of the River Mersey that you’d like to share with us- get in touch at: digital@liverpoolcityregion-ca.gov.uk