Mersey Ferries have sailed across the River Mersey for over 800 years, connecting both sides of our wonderful city region, and when most people think of Liverpool they think of the ferry sailing past our beautiful skyline, our Liver Birds: Bella and Bertie, John, Paul, George and Ringo and maybe one (or both) of our football clubs. Although we’ve been around for a while, we’ve still got a few tales to tell and facts up our sleeve that you probably don’t know, so get ready for five fun ferries facts (try saying that one fast). 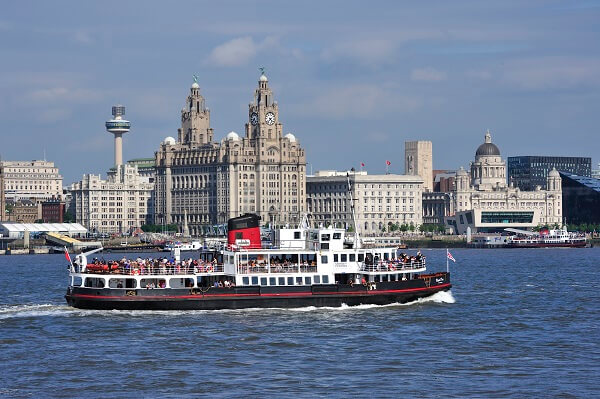 In World War 2 one of our ferries was hit by a German bomb at Seacombe landing stage! Luckily there were no reported injuries amongst the crew, but one member of the team wasn’t too happy as he lost his false teeth in the blast.

We Look Good for our Age

We might be over 800 years old, but we think we still look good. Did you know that the famous Ferry ‘Cross the Mersey was first recorded in the Domesday Book of 1086? The Benedictine Monks from Birkenhead Priory actually ran the first regular ferry service to Liverpool in the 12th century, taking people to Liverpool’s markets.

We are the Original Famous Scouser

We’re not showing off, we’re just stating a fact here people - I mean who else has a Royal Charter dating back to 1330 from Edward III, had a world famous song written about them, has showcased the Beatles to the people of Liverpool, been in hit films, TV shows and sailed at least three generations of the Royal Family across the River! Stand aside Paul McCartney and Jodie Comer, the ferry was here first (just kidding, we love you both!)

Now, we all know the ferry is no naval cruiser, but in times of War and hardship we’ve got the UK’s back! In 1918, Iris and Daffodil took part in a daring raid during the First World War on the Belgium port of Zeebrugge. In recognition King George V granted permission to add the Royal prefix to both names. Get ready to stand under the Union Jack on board and practice your Royal wave for your next trip on the ferry.

In 1815 Mersey Ferries introduced our first steam ferry Etna, which meant there was less reliance on wind speed and allowed the ferry to operate to a timetable. Two hundred years later in 2015, to commemorate the centenary of the First World War, we worked with Sir Peter Blake and cultural partners to introduce Liverpool’s most colourful ferry and the UK’s only moving dazzle vessel- Everybody Razzle Dazzle, also affectionately known as Dazzle.

We want our passengers to love their ‘Ferry ‘cross the Mersey’ experience, so we are always looking to push boundaries and be bold. We are excited to share our exciting future adventures with you and look forward to hearing all about your trips on the Mersey and memories of the ferry on social media @merseyferries.